Home » What We Do » Therapeutic Groups » Boccia 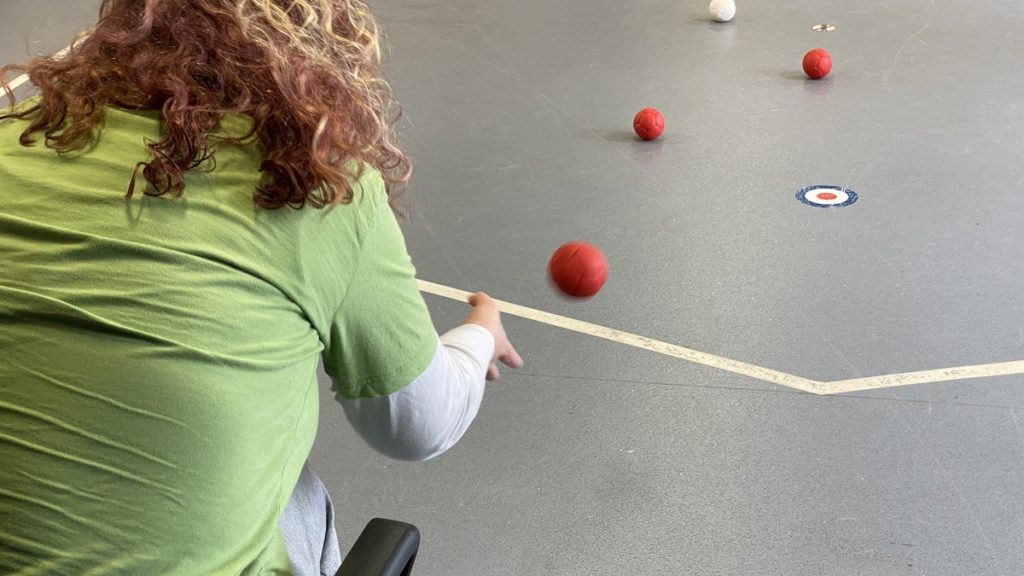 Boccia is a ball sport related to bowls which has been at the Paralympic Games since 1984. It was originally designed to be played by people with cerebral palsy but now includes athletes with other conditions that can affect motor skills.

Boccia is played by two teams of up to five players and the aim of the game is to throw small coloured balls as close as you can to a white target ball, or jack. One team is read and the other is blue. Players throw their balls from either side of a hall towards the jack which starts off in the centre, between the two teams. Each team throws one ball first, after which the side furthest away from the jack throws in an attempt to either get closer to the jack or knock the opposition’s ball out of the way.

The team closest to the jack wins and their score is determined by how many balls they have closer than their opponent’s closest ball.

WHY IS BOCCIA SO BENEFICIAL FOR PEOPLE WITH MOBILITY ISSUES?

Boccia can help the players to keep a range of movement in their upper-body, and the score is always kept so there is a real incentive to win and keep pushing their limits!

The aim is to help people with mobility issues to become more active, independent and involved in their wider community, and ultimately enjoy the power of sport.

HOW TO JOIN THE BOCCIA GROUP?

We play Boccia every Thursday at the Centre, from 12.30-1.30pm, so if you are interested in taking part, no previous experience, then please email Jo Kendall.